A £¼ million investment has seen Warwickshire Rural Housing Association make major improvements to the A3400 through Wootton Wawen to increase the safety of residents during the day and night.

The work has been carried out as part of our Keyte Gardens scheme.  From its outset, the development project has been making a positive contribution to the local community, which has highlighted that speeding traffic is a key concern in the village.

In response, we funded a series of road improvements to make local residents feel safer.

A pedestrian crossing refuge has been installed so that residents can stop in the centre of the busy road and split their crossing into two stages.  The refuge means that the road now narrows at this point which will help to reduce the speed of vehicles travelling along the A3400.

New road markings have also been painted including a clear 30 mile symbol to deter drivers from speeding through the village.

A new footpath has been installed which leads all the way from the new development to the village bus stop and new pavements have been completed.  Several new street lighting columns have also been erected to improve visibility.

Nathan Crowe, who is moving into a three-bedroom home at Keyte Gardens with his wife, Rebecca, and their two young children, said the road improvements will help to ensure that the new residents feel able to get to and from their homes safely.

“Both Rebecca and I already live and work in Wootton Wawen and being able to walk to work safely is very important to us,” said Nathan.  “Having new pavements and a crossing refuge will make a real difference to us as we have two children aged three and four.  It’s great that WRHA has funded this work.” 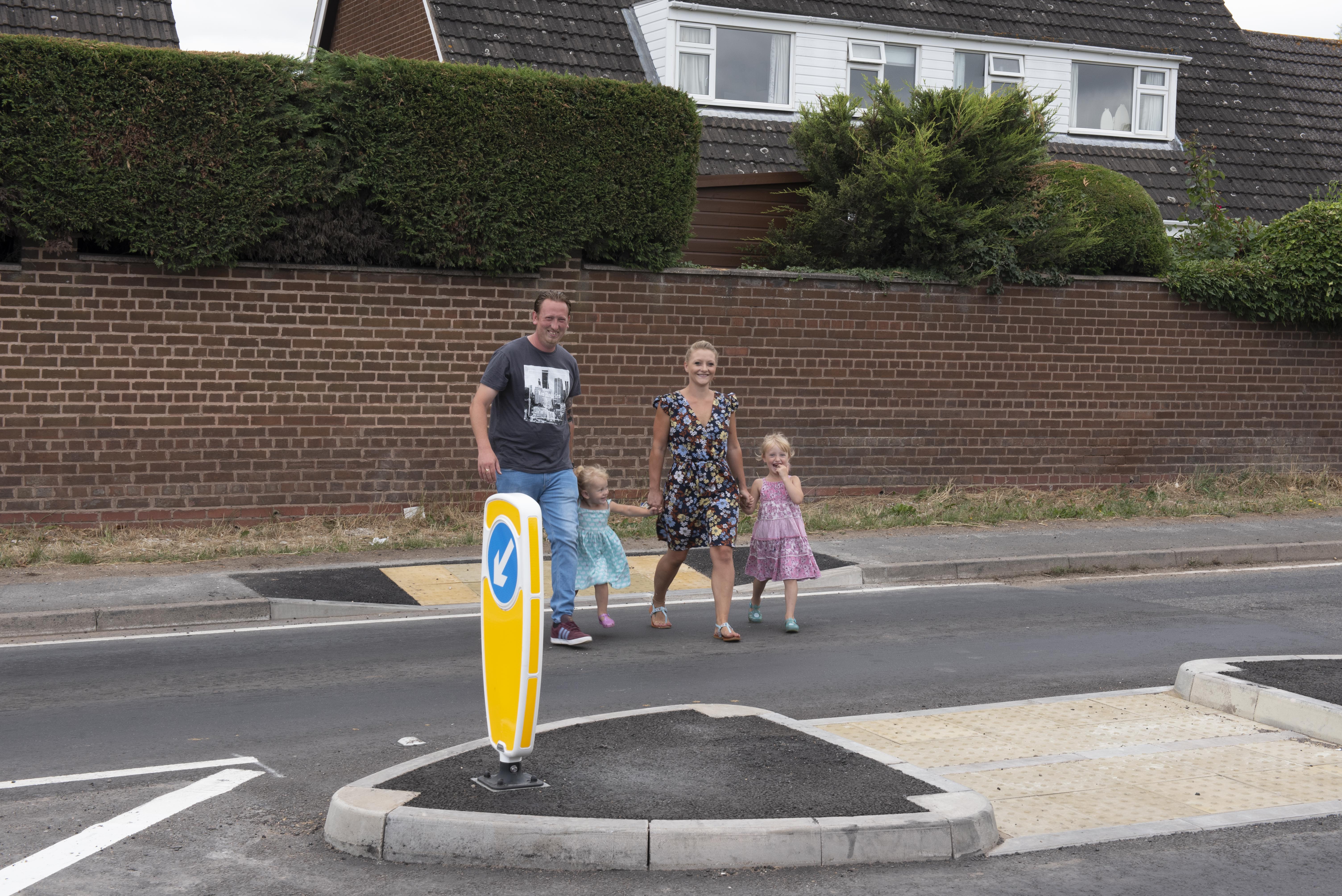