Moving out of the home she grew up in was always going to be a huge wrench for Annette Teale.  But thanks to Warwickshire Rural Housing Association, Annette and her husband, Richard, are looking forward to enjoying their retirement in a brand new property just a stone’s throw away.

Annette admits she was always nervous about the idea of leaving the home in Broom which she moved into at the age of seven.  But as she and Richard grew older, they were finding it increasingly difficult to manage.

Richard, aged 68, says: “We previously had a property in Bidford-on-Avon, but we gave it up so Annette could look after her dad after she lost her mum.  Her parents had moved into the house 53 years ago.  It’s a three-bedroom house with a massive garden and we were finding it a bit of a struggle.

“It’s been hard for Annette to leave, but we were both really pleased with the brand new property we were offered by WRHA.”

The Teales moved into a newly-built two-bedroom house at Aspley Close in Broom earlier this year.  It is one of six affordable properties built by WRHA, in partnership with developers, Orbit and Linfoot Country Homes.

Richard says their new home is less than 500 yards away from their previous property, but is much more suitable for their needs.  Their son lives close by in Bidford-on-Avon and Richard also has two daughters, one of whom lives locally.

He says: “We knew as soon as we looked round that it would be ideal for us.  We needed to downsize and, being a new property, it was immaculate when we moved in.

“Broom is a lovely village and everybody knows us here.  There is no way Annette would have left Broom and I can understand why.  We are both very happy here.” 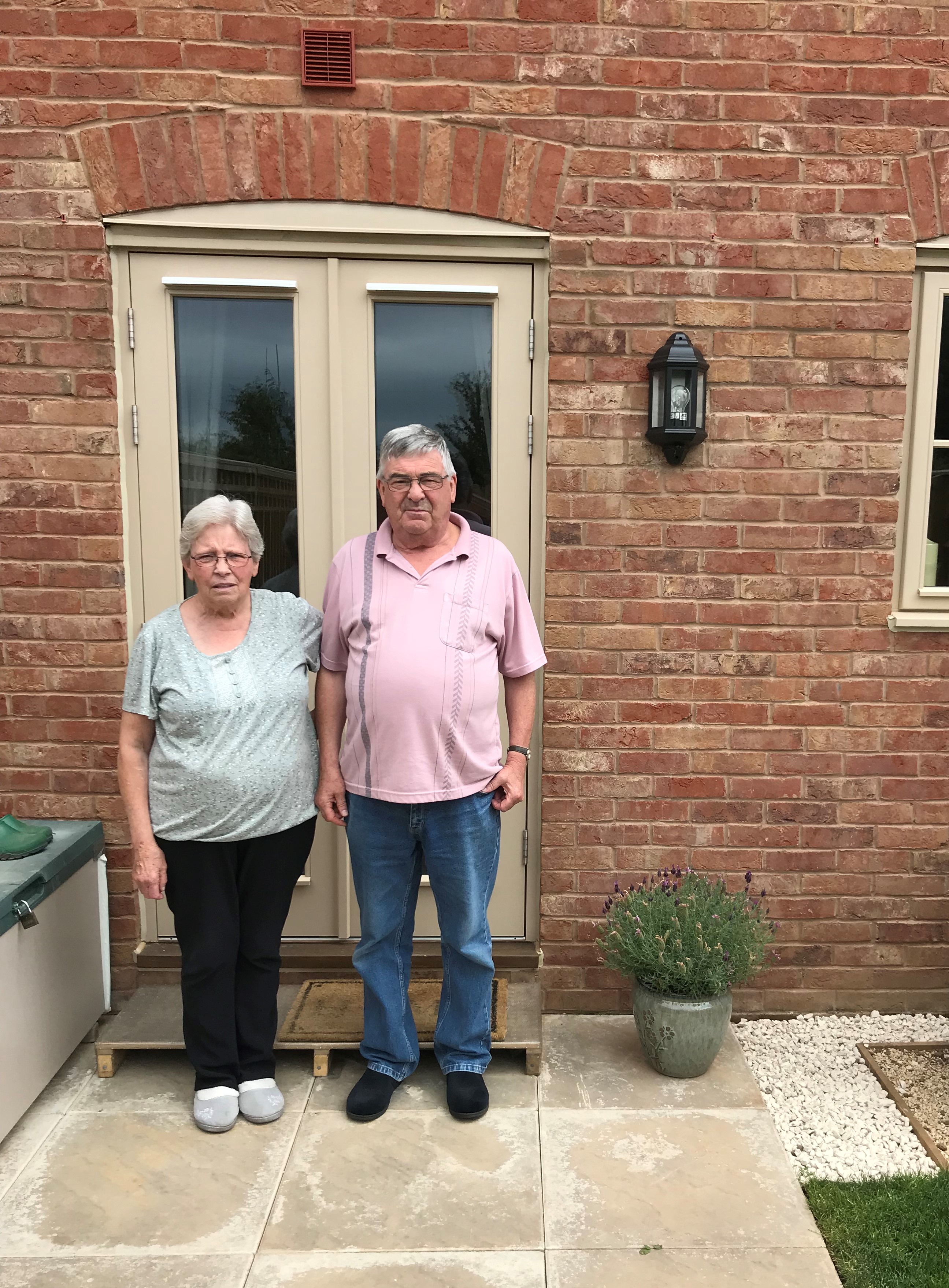