Councillors give seal of approval to Broom

Families in Broom have already received an extra special Christmas present – a brand new home in the village they love!

Warwickshire Rural Housing Association’s new affordable development, which has offered a lifeline to local people, has been given the seal of approval by local councillors.

The six two-bedroom homes on Aspley Close mark WRHA’s first affordable housing development in Broom where house prices are soaring, forcing local people to move away from the village.

Warwickshire developer, Linfoot Homes, has carefully designed the properties in keeping with their rural surroundings.  All have only been offered to people who have a connection to Broom or the adjoining parishes, to enable local people to stay in their rural community.

New resident, Richard Teale aged 67, said their new home was “just perfect” for him and his wife, Annette, who has lived in Broom since she was seven.

“Although we have only moved 500 yards up the road, our new property is ideal for us at our time of life,” he says.  “Annette would have been very reluctant to leave the village but now I’ve retired, the time had come for us to downsize.

“These properties came up at just the right time for us and we are very grateful.” 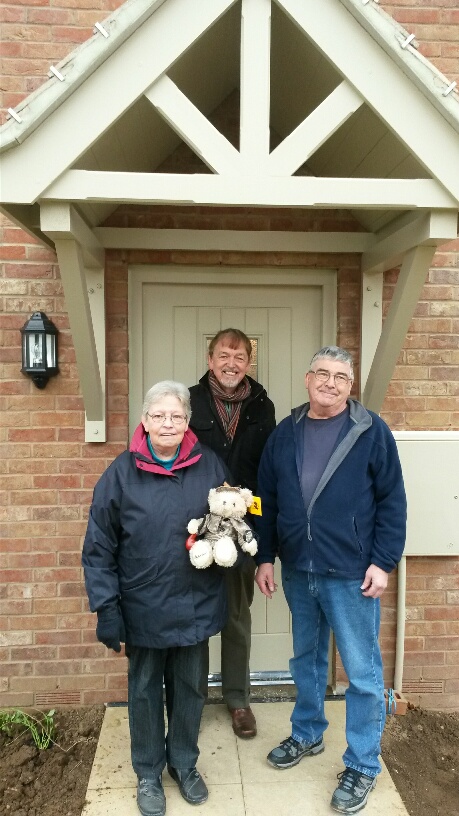